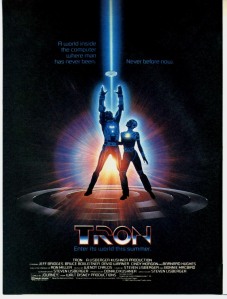 In the 1981 version of the movie TRON, there is a phrase that TRON says and sort of defines his purpose. The phrase he uses is “I Fight for the Users”.

Having become a VDI/Presentation specialist over the past several years, I’m pretty sure I’ve felt this way several times. At the end of the day, our job as IT employees is to provide value to the business. Below is a quick list of things I’ve done in the past that felt like I had to “Fight for the users”

The transformation of “remote access” to “Digital Workspace” has been a very long time coming, and for the most part the concept isn’t new. The new catch is that with the prevalence of SaaS becoming a normal delivery method of applications, this can add a great deal of complexity when attempting to deliver all the applications someone might need in a “one shop stop”. This was the message from the stage at VMworld this year. “Consumer Simple, Enterprise Secure” was the verbiage Sanjay Poonen used. He also used the term “Sesame Street Simple”, to describe the end user experience for signing on and accessing applications safely and securely, with a fast and simple BYOD enrollment process.

Here is where it gets fuzzy, the “Sesame Street Simple” concept in my opinion does not necessarily apply to the engineers and architects behind the solution. It’s the same when developing software, in order to make it simple for the end user it requires a very high amount of complexity on the backend to make it work with as simple of a workflow as possible. We can simplify on portions of the tasks such as the storage and compute expansion with the prevalence of HCI, but overall, providing a one shop stop to on-prem and SaaS based apps with one sign-on action is a daunting task. It’s for this reason that I bring up the concept of fighting for the user, this is not an easy task. It’s a fight that we must constantly keep in mind, that we are in the business of enabling the business, and therefore the users, regardless of where the applications reside. I fight for the users, and sometimes that means against IT departments who are reducing their value proposition in a fast shifting SaaS landscape. If you cannot service the business with an acceptable SLAs or timely responses, shadow IT will creep in, and/or it will cause damage to the organization.

Myself, I will continue to propose solutions that ATTEMPT to make lives easier for both end users and the engineers, but the very nature of making it simple on one side of the equation will almost always make it more complex on the other.

In regards to Workspace One, I’m actually very excited to watch the evolution of A2, which will be delivering AppStacks directly to physical Windows 10 endpoints, likely via AirWatch. As a former veteran Microsoft SCCM (ConfigMgr) engineer, delivering applications and controls on Windows devices that aren’t connected to the corporate network isn’t a new concept, it’s been possible by establishing a PKI for quite some time, albeit complex. What is new is the concept that with the improvements that the Windows 10 operating system has brought about, it’s now possible to manage policy and applications on Windows 10 devices natively with Unified Endpoint Management software, which can provide sandboxing technology. This sandboxing and isolation is a BYOD game changer and when combined with application delivery and seamless experience between different operating systems and devices can make a huge difference and reduce the BS logon and auth time in-between actual work. It’s my personal opinion  that we’ll see a real uptick in uptick in UEM combined with Digital Workspace transformation the next 3 years.

Until next time my friends, I hope to see you all on the battlefield of fighting for the users.